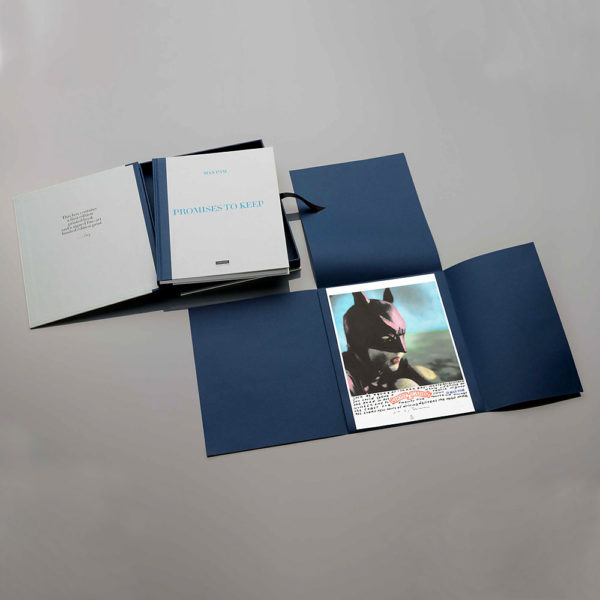 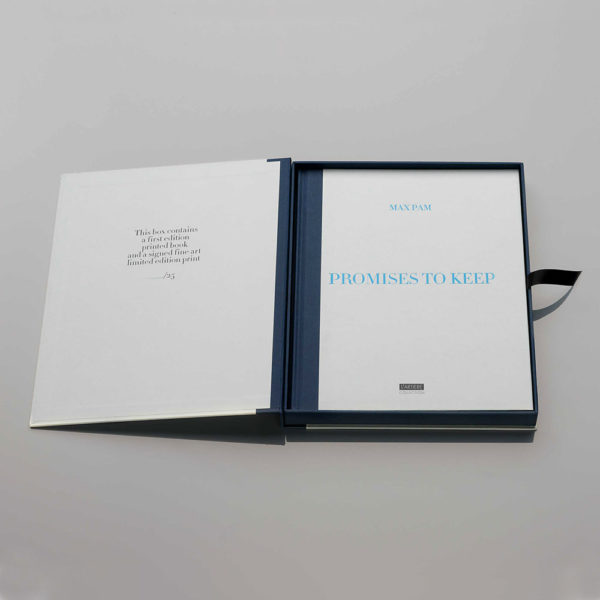 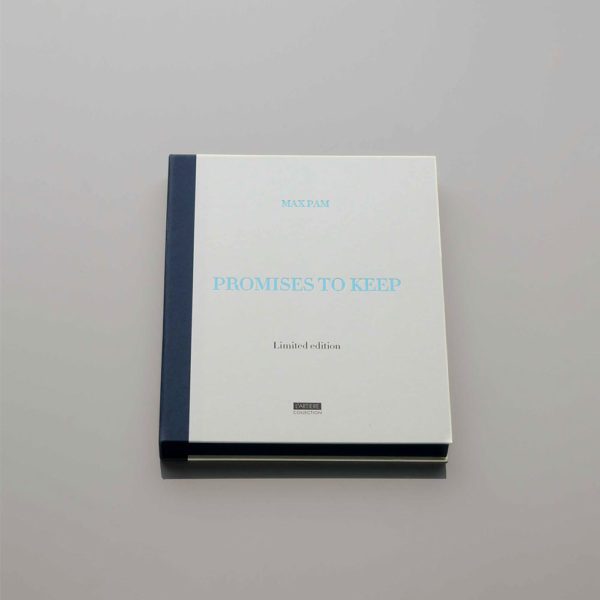 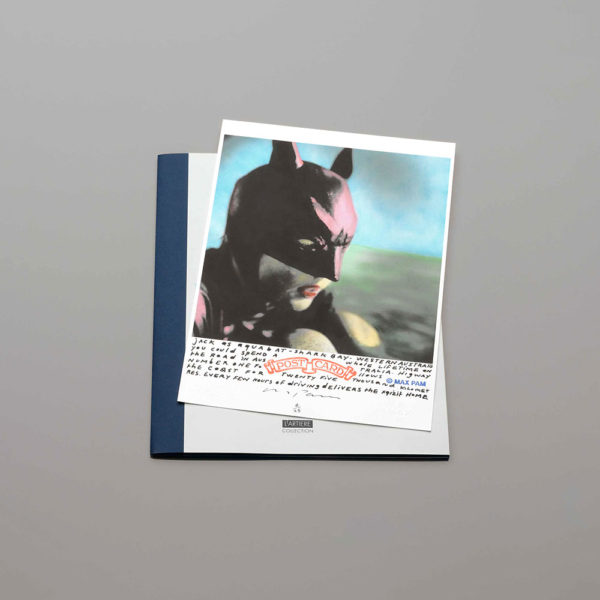 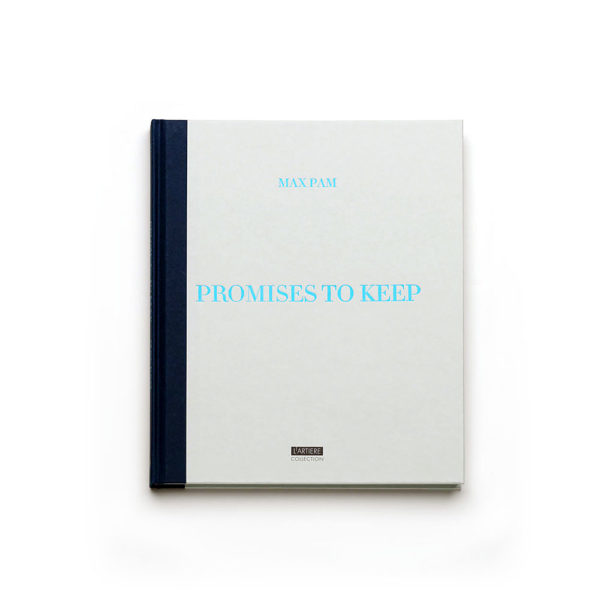 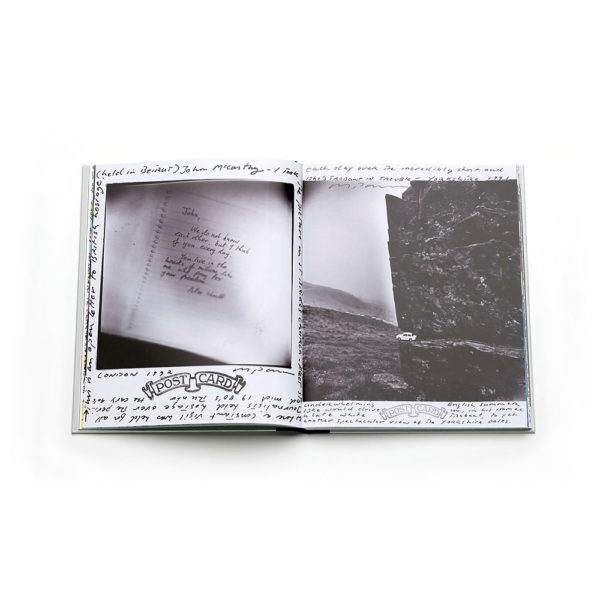 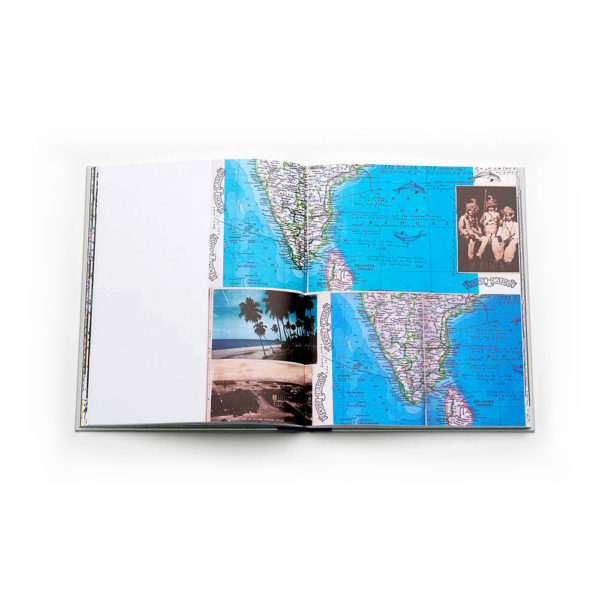 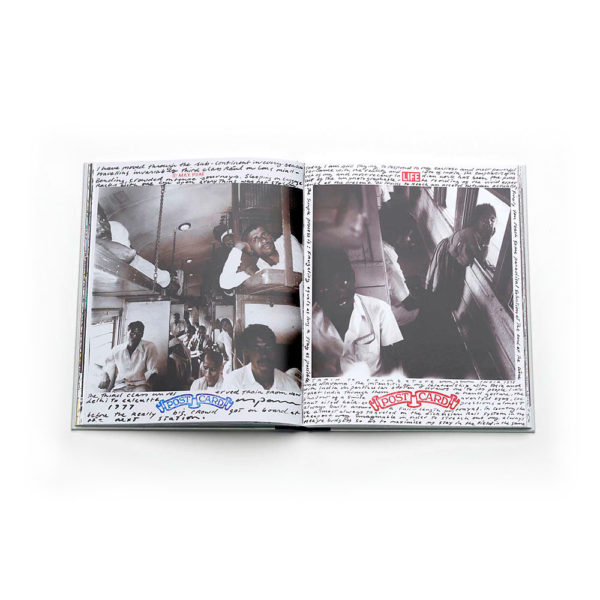 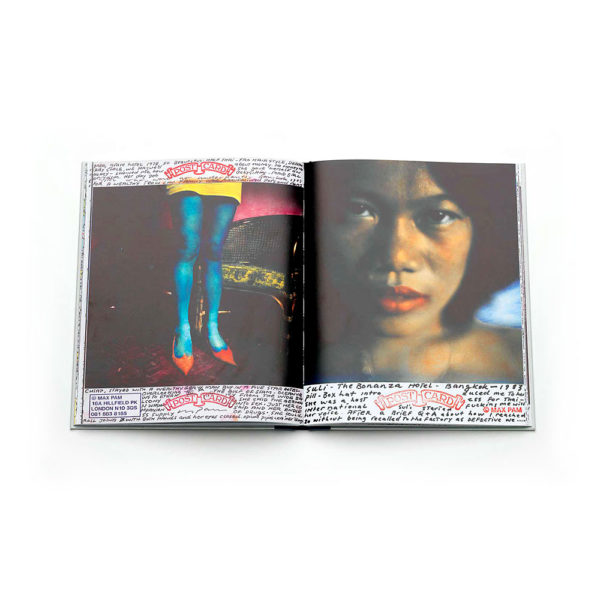 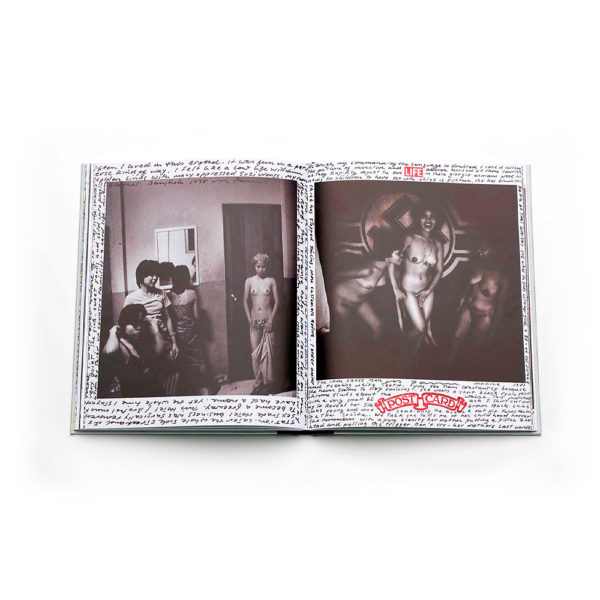 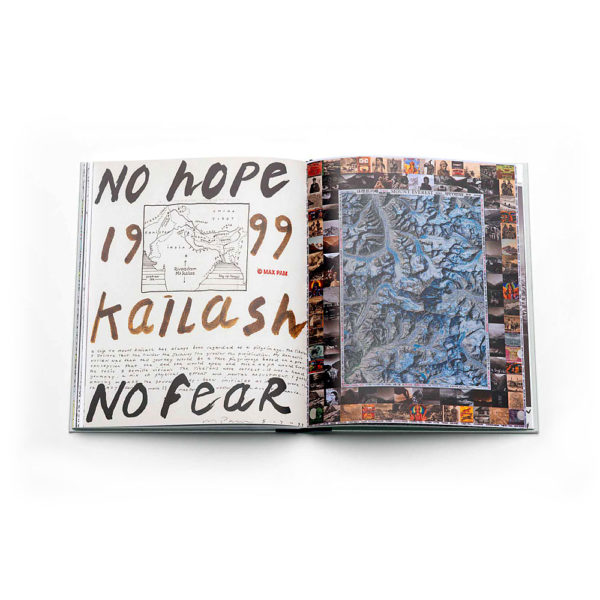 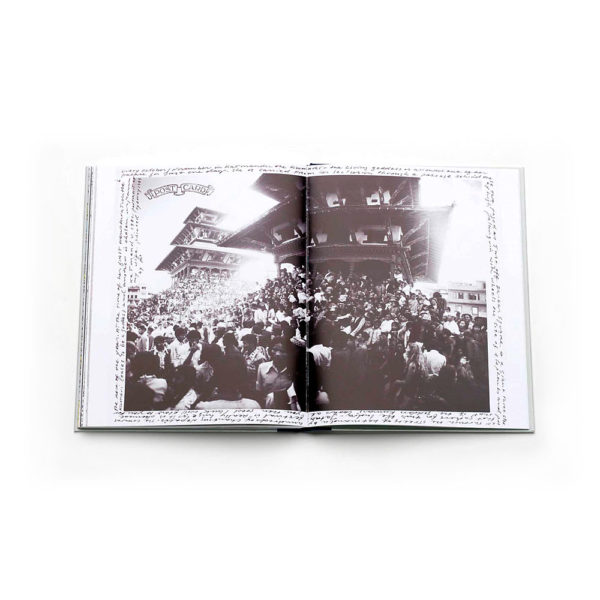 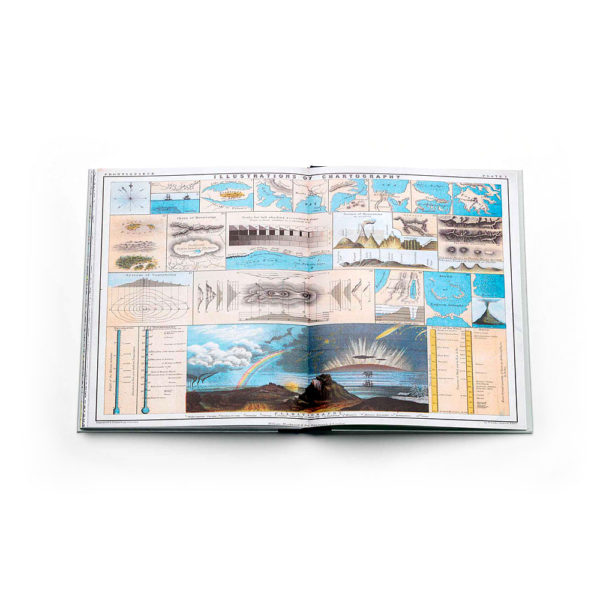 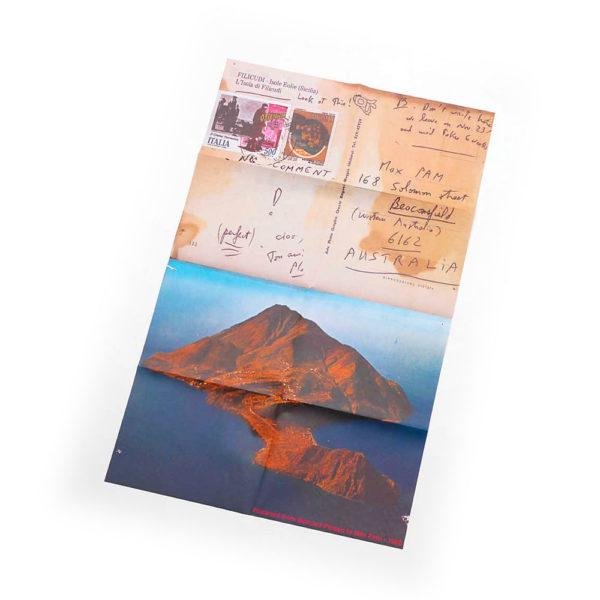 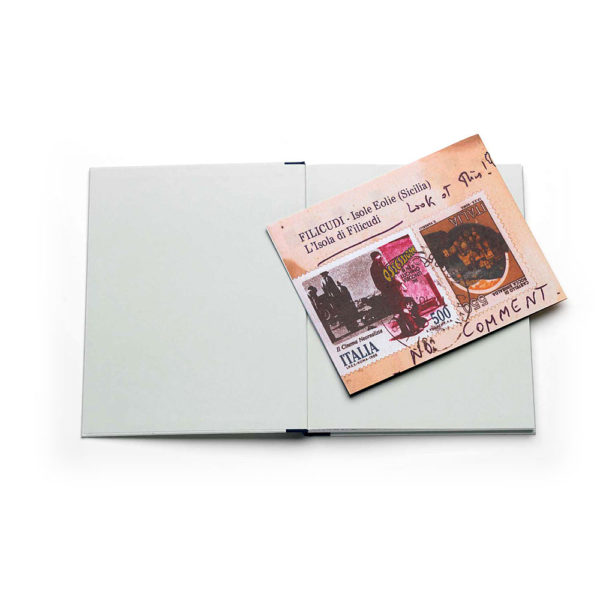 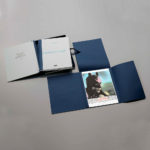 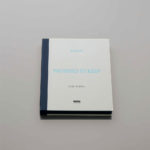 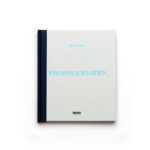 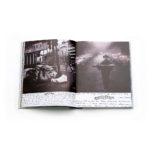 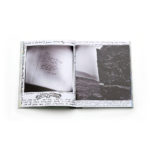 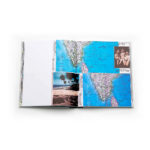 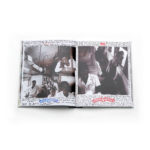 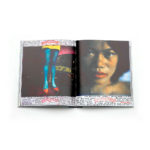 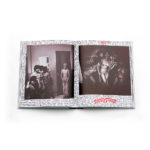 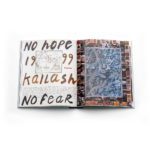 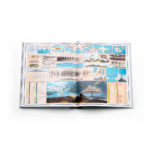 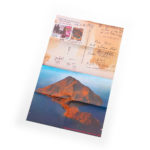 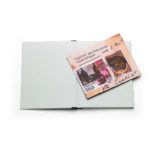 With a title that invites you to imagine even before you’ve flipped through the book’s pages, Max Pam’s album, a compendium of maps, photographs/postcards and notes, recalls, most immediately, a travel journal.

The journal of a long voyage begun in the 1970s, which has repeatedly taken him back to India, to the Far East, to London or Paris, and whose starting and ending point is always Australia.

Ultimately, however, and notwithstanding the importance of travel to the artist’s trajectory, this is not so much a travel journal as a diary that confirms Pam’s interest in photography and his turn to it as a form of autobiographical expression. In order to tell his own history – as well as his stories – Max Pam has invented and gradually perfected an original visual language that recognizes no distinctions between writing and photography, between an image borrowed and an image taken, between the effects of chemistry and those of painting, between collage and patchwork. The result is a collection of forcefully suggestive images that, in breathtaking sequences, establish dialogues among reality, hallucinations, references of all kinds, the intimate and social spheres.

It recalls the early days of modern photography, when the postcard phenomenon exploded; a phenomenon that lasted only a couple of decades, at the beginning of the last century, but that profoundly marked not only the era’s popular imaginary, whose desires and aspirations it reflected (promises of love, vacation and progress) but also the artistic avant-gardes of the Twenties and Thirties. A flourishing industry that developed mainly in Europe, it privileged real photographic prints, on silver gelatin, that were later colored by hand, or otherwise photo-collages made by combining images and drawings and multiple exposures, all of which were distributed in faraway continents like South America or, indeed, Australia.

Max Pam’s first extraordinary journey, which came about somewhat fortuitously – in response to a classified ad by an astrophysicist in search of a travel companion to drive from Calcutta to London in a Volkswagen Beetle – had an impact, just as extraordinary, on his life and work. It was early 1970 and the origin of Pam’s endless attraction to Asia, his curiosity for people, his capacity to recount his own experiences through those of other’s, to discover new worlds, to penetrate them and give them back, transforming reality just as much as he himself would end up being transformed by it.

Max Pam travels like he breathes and photographs with the same spontaneity, with the intrepid lightness of the surfer, with curiosity for sirens, artificial paradises and hippy communes. A self-conscious “anti-tourist,” he is not indifferent to the symbolism and the enticement of souvenirs, to those panoplies of the perfect tourist which he joyously appropriates.

Moving beyond the well-trodden paths of photography and of any kind of conformism, he plays with clichés like a juggler; his images are liberating, they infringe taboos and preconceptions.

Books constitute the ideal support of his universe. Dense with images, signs, messages both direct and subliminal, devoid of empty pages or margins, breathless, they produce a trance-like effect. Like esoteric objects, they surprise and captivate one moment, provoke and frighten the next.

Promises to keep confirms this principle and goes still further, in its intriguing miscellany of iconographic sources, whose provenances are diverse and effects oneiric: pages from atlases, maps, posters and “fake” postcards. A continuous intermingling of past and present.

Here, old papers are “revisited and inhabited” like a kind of treasure map, each one introducing the regions and cities where the next action will take place.

Framed and enriched by antique reproductions of places and historical figures, with postage stamps and seals collected over time, with advertisements or photographs of landscapes and portraits of friends and strangers, each image is a planet that encloses dozens of stories. Then, page after page, the decor changes, new actors enter and exit the scene, Max Pam listens, shares, tells.

There’s the encounter with the London kids, which, even more than the city’s fog, disposed of any aspiration to raise his children in Europe. The grand illusions, the disappointments, the values and culture of the old Europe, the charm and condescension of the bourgeoisie.

The passion for India and Nepal, for the journey of initiation – which set him on the path of photography – for archeology, landscape and the density of the city as so many revelations, for the philosophy of the sacred and the everyday. The magnetic attraction of Tibet and Mount Everest, the search for spirituality and a higher equilibrium, the discovery of altitude and mountains, nonexistent in Australia. Still further East, the ostentatious nonchalance and embarrassing advances of the girls in hotel bars, the desolation of the rooms, the sex for sale, banal as a coffee, the tenderness and resignation, the carefree fun and sad drugs.

All of it is conveyed through the images/postcards that Max Pam began making and sending during his first famous journey. Later, they became his privileged mode of correspondence with friends, first and foremost Bernard Plossu, who, like a clin d’oeil, makes an appearance in Promises to keep. A way of sharing and expressing oneself that evolved into a real creative process and, in time, has constituted a corpus, a work, where powerful photographs in black and white, revisited, play with surreal fantasies and mysterious dreams, among poetry, sensuality and irony, like the images of the golden age of postcards.